Look at the simplicity of the chart for 1980. You put out a record and maybe a cassette and call it a day. Easy if you had a good song.

Now look at the chart for 2010. Holy shit. No wonder everyone is running around mad trying to figure out how to monetize everything in sight. On one hand the music business has more touch points than ever before. On the other, it’s too fragmented – no one entity can control all of these revenue sources.

“All-in-all, even though He’s the supreme creator and the cause of all causes, he’s looking to engage in a loving reciprocal relationship with those who are interested and he promises that it will be a two-way street where he’s willing to do his part.”

Fantastic piece on Huffington Post today about Krishnas love and the difficulty of understanding that love through our untrained hearts and minds.

For the complete article…

Michael Dell on what he would do with Apple in 1996 “”What would I do? I’d shut it down and give the money back to the shareholders.”

Dell now has a $25.82 billion capitalization, with sad sales and margins. Apple is now at $338.39 billion, with insane sales, profits and margins. Poor Mickey.

Because Freddie was one of the great front men of all time! At the time, this was considered the highlight of the ’86 Live Aid concert.

In 1988 I started following the Grateful Dead pretty heavily. I immediately became transfixed with the idea that on any given night something magical could happen. The far out part was that it wasn’t every night. Some nights the band would mine for gold and come up dry. The juxtaposition between conjuring up magic on some nights and just trudging through the chord changes on others was remarkable. It was so interesting to me that a band of this size would risk so much to find the essence of magic, of God, by engaging in a musical dance with each other and the audience.

The addition of LSD was like adding jet fuel to an already burning house fire. It took me from 60 to light speed without a seat belt. There I was, a young impressionable teenager, being thrusted into a vortex of sound, vision and community. To this day I believe that Jerry Garcia was a great sorcerer. Casting chants and spells hoping that one of them would catch fire and set our minds ablaze. That happened often. Even then I knew it was an expression of God.

The problem, of course, was that there was no operating manual for life outside of that sacred arena. Well…if there was no one shared it with me. Perhaps I was too quick to be searching for the peaks and I forgot to cruise in the valleys. Insert metaphor here. Strong was the quest to “get there again” that I wasn’t aware of any discipline that could help me integrate this living and breathing magic into the daily mundane. Life went on.

Cut to May of 1996. My dad died on May 31st of that year. Many people were gathered around his bedside kinda just watching him take fewer and fewer breaths, it was all happening. I had never seen anyone die so naturally I was caught between the sadness of losing my father and the fascination of watching the transition. When he took his last and final breath a burst of energy flew into the rooming filling it with a beautiful glow and transcendent vibration. Just as quickly as he was there breathing in one moment, the next he was floating above me in a vibrational form having left his body temple. The energy dissipated quickly (so I thought) and there he was lying there, an empty vessel. The hyper awareness that his body was now just an empty physical form with no life force in it was without question the defining moment of my life at that point.

Where did he go? What are we made of anyway? What defines life – body or soul? How can a soul manifest as a personality?

So the words weren’t as defined as I now know them to be, but from then on it was my feeling that a supreme love intelligence body of energy permeated throughout the universe. Everything had so much in common with everything else. Energy moves from one place to another manifesting in leaves, trees, dirt, the ocean and human beings. And sometimes that energy can cary so much supreme intelligence that it manifests in magic or realized body temples such as Yogis or supreme personalities of Godhead. And our journey avails us to many tools and paths that can help us get in touch with that sacred field of energy. That’s the sadhana, the work, that is required of us – to seek our own relationship.

To be continued…happy Jerry week.

So amazing. If you think about it, it’s really the only appropriate way to capture an MC Escher work.

Thanks to Dangerous Minds. 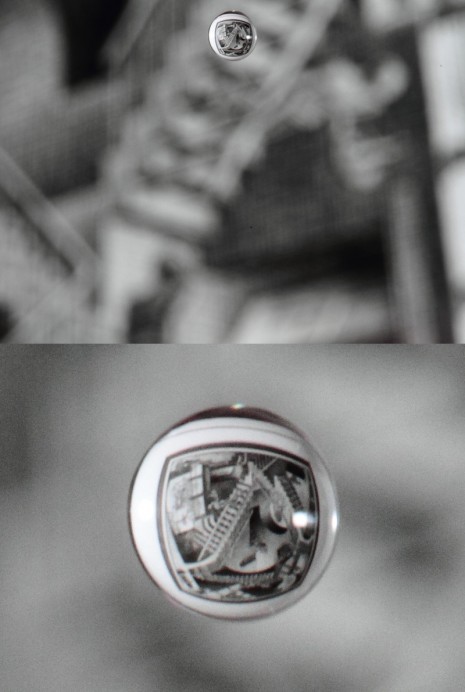 Check it out here.

What can possibly said about Jerry Garcia that hasn’t been said before? Garcia and the Grateful Dead are the most well documented band in history so there’s an abundance of personal stories, bad acid trip recollections, good acid trip euphoric recalls and thousands of opinions on what the best version of “Eyes of the World” is (for me it’s 3-29-90).

16 years post Grateful Dead activity my version of Jerry’s meaning was that he was a Yogi and his practice was firmly rooted in a world that transcended definition and categorization. It’s often said that as a human being he struggled. But it’s also said that when he was deep in his version of samadhi, by pure association you could be transported to the heavens where magic, God, sound and celebration could meet. No one did it better.