A piece ran in Slate the other day that proclaimed passing SOPA would lead to an economic and social disaster. Click here to read that post.

It’s a fantastic look at how the socia-economic sensibilities have changed considerably in the last decade and the movement of copyright infringement has helped to shape this brave new world. I disagree with the overly simplistic view that states that the entertainment industries revenue has not been offset from online piracy. It is a fact that the record sales are down 60% in the last decade. One might argue that’s a good thing – the scam of charging $18 for a full length record that’s only 20% good was akin to forcing you to go into Disneyland with only 2 or 3 of the rides working. Now, the consumer can choose to buy as much or as little of an album as they want. And there is direct proof that if the whole album is good, people will buy it. Quality rises to the top and people respond. Refer to Adelle or Mumford and Sons for evidence of that. Of course there’s another, somewhat more complicated, side. In today’s media savvy world there’s a whole generation that simply types in “Mediafire Mumford and Sons” into Google to acquire new music. Easy. Two or three clicks and it’s done.

Some experts say the psychological subtly that a music file is only a few megabytes and is so easily shared (stolen) that it really doesn’t amount to stealing in the first place. It’s just sharing your stuff with your friends. It’s the same as viewing a non authorized video on YouTube or borrowing a book like the Slate piece talks about. Most people under 25 would say this is true, digital music feels intangible thus it doesn’t hold any concrete place in the material world. It’s just a file that can be passed on over and over again. The thought doesn’t even occur to most kids that effort and money went into producing said file and thus it does actually hold monetary value. All true but I think it goes deeper than that.

If we look back at the previous few decades they all have a very concrete stamp on how they can be defined. The 60’s were a time of social unrest and revolution, the 70s were groovy and had disco, the 80s were the MTV generation and the 90s had grunge and the birth of the web. Each era can be very succinctly defined. Can the same be said of the 2000’s? Sort of but not really.

The 2000s saw the rise of the iPod, Facebook and YouTube. Those are certainly three pilars that this generation can be proud of and no doubt forever changed the way we live. However, take a look at the core value that each one of those three products has to offer. The iPod allows you to store tons of the aforementioned intangible digital files of music that inherently encourages you to just plug your iPod into a friends computer and go wild taking whatever you want. Facebook is a tool that has changed the way we communicate and stay in touch but it’s also largely a forum for people to share other peoples content that they love without thinking about it. How many times a week do I see a rare Pink Floyd clip posted over and over again? Lots. And then there’s YouTube – the mothership of them all. YouTube has essentially created a cultural conversation that is based on the mash-up. People taking others peoples work and slicing it up into new work. It’s a blender of cultural vernacular, music, iconic images, acting without any SAG card and all around power to the people creativity. That’s what the 2000’s was – it was the decade for mashing-up and sharing stuff that moves us. It’s defined this generation.

The 1990’s gave rise to this anarchic uncontrollable giant of the World Wide Web. It, accidentally, became the last free dimension where there is no police force and is completely egalitarian. SOPA would add a layer to this that is so contrary to it’s DNA that it would disrupt what can not be disrupted. Additionally, to me more importantly, it would change the cultural conversation that made the 2000s (and now the 2010’s) so great. Our favorite viral videos would be subject to government regulation. Blogs could not freely publish half of what they do. Girl Talk could not make his genius albums and most of all the kids could not simply share the stuff they love and make into their own cultural statement. SOPA would start a war with an entire generation that has made mash-ups and the appropriation of content into a unique voice all their own.

I understand that the entertainment business is scared of lost revenue and needs to react to that somehow. I don’t have a point of view on that. But I do know that the music business, particularly the musicians, are going to go through a radical shift in their place in society. A friend of mine and I often talk about how modern society will hold a place for the professional musician from here on out. We think that todays musician will go back to their roots of how it used to be. I don’t mean how it used to be in the 1950s. I mean how it used to be in the 1890s. The musician will once again become the village bard that expresses our core emotions simply because they have no choice. They will once again become the story tellers who are passing on myths of the generation simply because their dharma calls for it. Very few will now do it for the seductive draw of money and fame. Surely there will still be a few of those but mostly todays musician will contribute into the modern tech laden social mash-up because it’s a damn good thing to do. The economic model how to make it as a musician still needs some things answered but the sentiment of this modern world of free roaming content will be a good thing in the long run. 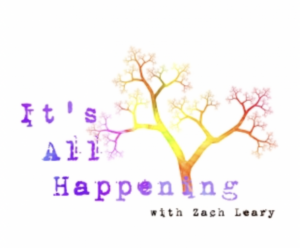 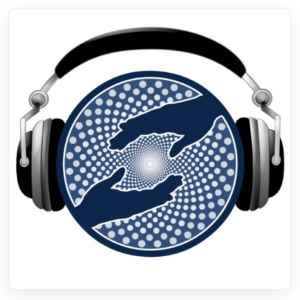