“These new series reflect Generation ‘Why Not?’ — living, working and playing on their own terms, ‘adventure capitalists’ if you will, pursuing a variety of thrill-seeking, 2.0, express-yourself enterprises,” says MTV entertainment president Brian Graden.

I’m not even sure what that means. I’d love someone to tell me. That sounds like lots of buzz words or one of those great marketing cliches that are spawned out of one of those DIY phrase generators. What is a 2.0 express yourself enterprise?

One one hand, I’m glad MTV doesn’t matter much anymore. It’s pop culture relevancy has pretty much gone to shit with emphasis really being handed over to tweens. On the other hand, there was something cool about great videos having a centralized viewing location. I guess that belongs to YouTube now? 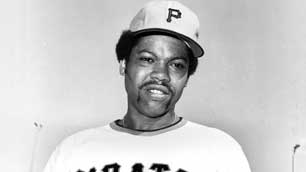 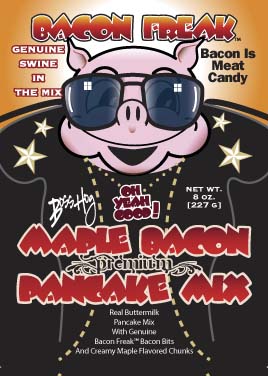 Do you know about these guys? Baconfreak.com

Goodness. I do love me some bacon but most of all I love the aesthetic sense these freaks are throwing down. Hilarious. Great branding. Great product line too – they even have maple bacon pancake mix. Can you dig it? I have yet to order it. When I do I will take some pics and report back.

Rod Stewart, Ronnie Wood, Kenny Jones and Ronnie Lane tearing this song apart. So good. It’s interesting too that at this time “Maybe I’m Amazed” was a relatively new song, Paul M hadn’t put it out too long before. Really cool how The Faces guys knew it was a gem. Dig it!

I’m of the opinion that you should embrace audience behavior. You should cater to how audiences are interacting with media, go to where the people are, make their overall experience better. At this moment in time that means going wide on your release. There are only a few anomalies where the opposite is true – AC/DC and The Eagles most notably. Those acts are so big and so dominant that they can manipulate contracts and buys ins to work in their favor financially. But, can either band REALLY say that they won new fans with Wal Mart exclusive CD only deals? I say no fucking way. Furthermore it is certain that they left money on the table by not going digital.

New music fans are all over the web, doing all sorts of things. Trust me when I say trying to figure out where they are and what they are doing is a full time job. We do know, however, that the low hanging fruit (i hate that phrase) is iTunes. It’s easy, it’s practically ubiquitous and its fun to use. I 100% wish it wasn’t the only option. It just so happens that no one has come along and done it better. It’s so funny to me when people get on an anti iTunes rant or talk about how Steve is bullying the music business. Steve’s POV is really simply – i’ve made the best product. so I’m going to run it the way I want. If someone comes along and makes a better product they will have leverage and currency to spend. It’s that simple. Take the Kid Rock example – he went CD only for most of his campaign, then gave the digital rights exclusively to Rhapsody which then went on to sell a whopping 3000 pieces. Reason being: Rhapsody sucks.

I’m not sure what the moral of the story is. I know this, anyone who says that they have the current state of the music business figured out is lying. It’s a brave new world. A wide open frontier. Yes, sales will shrink but we still have to find ways to create that passion for music consumption that fans once displayed. It’s still out there. Forcing them to go to Wal Mart isn’t the answer. Selling exclusively on iTunes isn’t the answer either. Finding out what your fan really wants and expects is the answer – how that manifests is anybody’s guess.

Click here to read more on this story via Reuters

This has been flying around for the past couple of days: the Smashing Pumpkins aren’t going to make any more albums. Corgan saying “There is no point. People don’t even listen to it all. They put it on their iPod, they drag over the two singles and skip over the rest.”

There are some case studies to support this attitude and there are some that don’t. First, let’s talk about the ones that don’t. I’ve been listening to TV On the Radios “Dear Science” non fucking stop and I’m not the only one. This is one hell of an album. It flows beautifully. It’s full of soul, electro pop, great guitars, new wave meets the digital age and you can even dance to it. If the Pumpkins last album was even in the same ballpark as “Dear Science” I think Corgan wouldn’t be spouting off trying to place blame,on off all things, iTunes. Why is he blaming iTunes? The a la carte model is such a short sighted and obvious mechanism to place the blame on. So what if it’s new school and flies in the face of the classic album model? The fact is that while today’s audience does have a shorter attention span there are still some music fans out there that will listen to your whole creative statement if it’s good enough. Yes, it is true you will sell exponentially more singles than complete albums, but so what? The Smashing Pumpkins built a pretty substantial legacy with the likes of Gish, Siamese Dream and Mellon Collie. Those are some of the great albums of that generation. Giving up now and blaming the audience (and Apple) for doing so is sad.

To be fair and to look at the pure economics of it – yes, it is a singles business. The emphasis being put on “business.” Coldplay gave away “Violet Hill” to the tune of over a million free downloads yet they sold over 100,000 copies of the single on iTunes. Amazing. An artist can learn more about their audience and how they spend time online by giving away a free track using Top Spin than they can anywhere else. Small little digestible bits of art is where audience mentality as a whole lies, but that does not mean that a great album goes unrecognized. 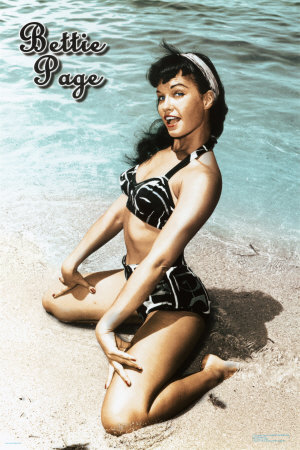 Perhaps in our wild sexual imaginations of the 20th century there existed no greater icon than Bettie Page. Her window of influence and body of work was indeed very short. The extraordinary gusto and playful naughtiness that she exhibited in her photos got the best of her and resulted in a complete 180 drop-off-the-face-of-the-earth disappearing act. Still, in her less than a decade career she started a genre and aesthete that more or less took the lid off of what everyone was already thinking.

The sexual revolution of the 1960’s could not have existed if it weren’t for Bettie’s over the top brilliance from her 1950’s photo sessions that made her famous. They are more than just camp, they are documents of a repressed time that helped to slowly ease us into a more liberated state of mind.

My pick of the week. Totally retro and stylish in the best way. I’m curious to see if these English lads will break out of the classics and start writing their own stuff.